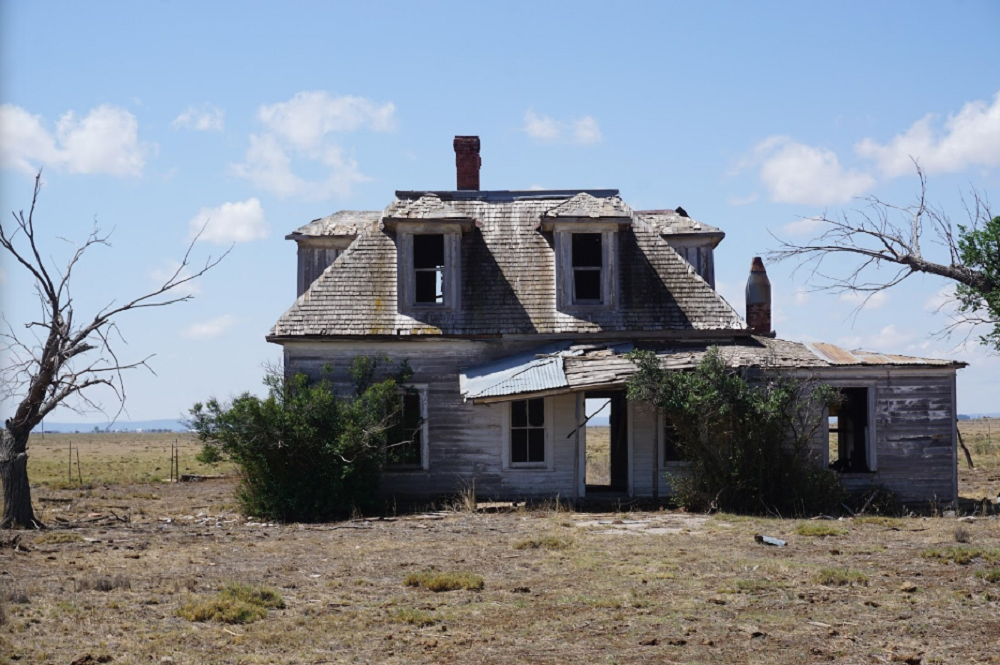 The Halloween Season has many people in search of haunts. One house that has caught the attention of many is a 1920s home located in Estancia, New Mexico. The home was ordered from a Sears catalog as a build-it-yourself kit.

According to Estancia Board of Trustees member and former Estancia Mayor Morror Hall who been talking to the local media, the build-it-yourself home kit was purchased in the 1920s by Fred Ayers, a local lawyer. Interestingly, while Sears the company has filed for bankruptcy, the home still stands after nearly 100 years later.

Although the home is abandoned with not even a door at the door frame, it remains owned by the Ayers family who raise cattle on the nearby property. It is also fenced off to avoid trespassers, but that hasn’t prevented visitors from making a stop for a photo shoot.

The eerie house is believed to be haunted. According to a local resident’s account, you may possibly catch a glimpse of a ghost standing in the window.

The ghost house, located on Highway 55 in Estancia, may look abandoned and forgotten but it sure has a fair share of visitors around the Halloween season, especially from those looking for an interesting haunt.

Let us know in the comments below if you’ve paid a visit to this abandoned build-it-yourself house before!