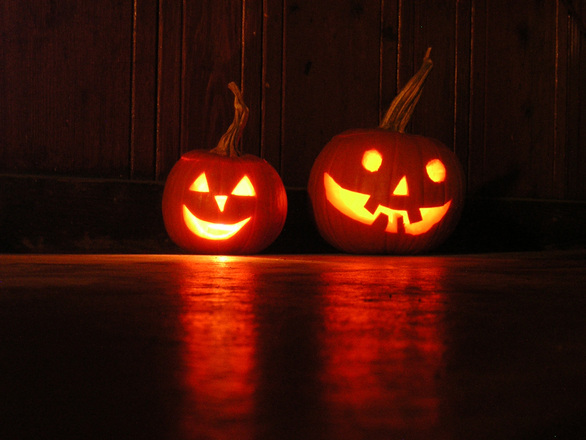 History of Halloween
Halloween is believed to have originated from an ancient festival of the Celtics called Samhain. During the festival, people would wear costumes and light bonfires to ward off ghosts and celebrate the end of summer and the harvest. Today, Halloween is celebrated in many different ways around the world, where many people take part in cultural celebrations.

Ancient Celtics
The end of summer and the beginning of winter was a time in the Celtic culture that many associated with death. The Celtics celebrated their new year on Nov. 1 and believed that on the night before this day, Oct. 31, the boundary that separated the worlds of the living and the dead became blurred. During the Samhain celebration, many Celtics believed that the dead would return to earth, causing trouble and destroying crops. The costumes and fires were meant as a deterrent to these spirits.

Roman Influence on the Holiday
In 43 A.D., the Roman Empire conquered most of the Celtic lands. They ruled the Celtics for over 400 years, during which time many of the Roman traditions were combined with the Celtic’s Samhain festival. Two special days were celebrated by the Romans in the fall: Feralia and a day to honor the goddess Pomona. Feralia was celebrated in late October as a way to recognize those who had previously died. Pomona was the goddess of the fruit and trees and was represented by an apple. Many believe that it is because of Pomona that many Halloween celebrations today include bobbing for apples.

All Hallows Eve
Pope Boniface IV is credited with the creation of All Saints Day in 609 A.D., a day originally set to honor those who had died for the Christian church. This day was moved from May 13 to Nov. 1 by Pope Gregory III. The influenza of Christianity gradually spread to the Celtic region, where it combined with many of the cultural rituals and festivals. Many believe that the Catholic church tried to change the ancient festival of Samhain with the celebration of All Souls Day in 1000 A.D., allowing the Celtics to still maintain their celebration with a holiday that was sanctioned by the church. All Souls Day was celebrated similarly to Samhain, with people dressing up in costume, bonfires and parades. Most of the traditional costumes were of ghosts, angels or devils and designed to keep the evil spirits away.

Irish and Scottish Traditions
As the celebrations progressed over the years, many traditions began in Ireland and Scotland that gave influence to many of the Halloween traditions that are seen today. During the 16th century, many people would dress up in costume and go door-to-door during the celebration. They would recite songs or verses in exchange for food or treats. In Scotland, youth with faces that were painted black would go door-to-door threatening mischief on Oct. 31 if they were not welcomed into the home. Many of these pranksters would hollow out turnips, carving faces into the vegetable and filling it with light by using a candle.

Early Halloween in America
Halloween began as a celebration of the harvest in America, with many people gathering together to dance, sing, tell ghost stories and recite one another’s fortunes. As America began to grow with new immigrants, particularly those from Ireland as a result of the potato famine, many of the Celtic traditions were incorporated into the American festivities. Dressing up in costume, going door-to-door for food or money and carving pumpkins were the roots of the modern celebration of Halloween today.

Modern Halloween
Today, Halloween is celebrated in many communities with parades and parties. Children dress up in costume and go trick-or-treating to receive candy from neighbors. Skeletons, witches, pumpkins and ghosts all symbolize the modern celebration of Halloween, which represent a small portion of what the holiday was originally designed to commemorate.

Halloween Around the US
Halloween, originally known as “All Hallow’s Eve,” is a US holiday that is a tradition the north, south, east and west of the country. Each region has its own Halloween traditions. Although Halloween was originally a Christian celebration on the eve of All Saints Day, November 1st of each year, it has become a national celebration for children and adults and has lost its religious connotation. Hallow is the Celtic word for “holy.”

Halloween Spreads Across the United States
The fervor of festive traditions include trick or treating, wearing costumes and masks as disguises and playing Halloween games like dunking for apples, carving pumpkins, masked balls and scavenger hunts remain a constant part of the celebration of this holiday.

Halloween in the Northeast
Halloween begins early in the northeast with decorations and lights emerging at the beginning of the month of October. In New England, the early settlers’ celebration of “All Hallow’s Eve” was limited. Today, witches, goblins, ghosts and Halloween Night meetings are part of these historic events that took place in New England of colonial days. In other places in the Northeast, Halloween is preceded by “Mischief Night,” this is usually when children and adults literally get into mischief by festooning trees with streamers and soaping up car windows. On Halloween, children dress in costumes and masks of their favorite characters and go trick or treating. They fill their bags with sweets. Adults often go door to door seeking items on their scavenger lists to bring back to Halloween parties. The scavenger teams who collect all ten items on their lists are awarded a prize.

Halloween in the South
Southern history plays a big part in the way Halloween is celebrated. It’s important to note that much of these southern Halloween traditions come from the “low country” beliefs in good and evil spirits in the Cajun and Santeria religious practices. The word “Santeria” means “Way of the Saints.” In the south, Samhain, a Celtic feast at harvest, Samhain, the god of the dead is supposed to stir the spirits of the dead. Decorations, parades and music are a large part of the celebration of Halloween in southern states.

Halloween in the Midwest and West
Halloween is celebrated on a secular basis in Midwestern and western states. Children go door to door for tricks or treats. Few children play tricks and are favored with sweet treats like candies and candied apples. After they return from trick or treating in their local neighborhoods, their parents prepare parties for them and adult chaperones.

Halloween in the Northwest
For children and adults living in northwestern states, Halloween is celebrated in much the same way as in other regions of the country. Pumpkin carving in the northwest is a tradition for children with help from adults. Some of these carvings range from whimsical to scary. Avid Halloween fans often turn their homes into “haunted houses” for their Halloween celebration and delight in playing tricks on friends and families who visit.

Halloween – The Festive Way to Celebrate Autumn and Harvest Home
In some rural states, harvest home occurs shortly before the official autumn equinox. There are many harvest home traditions that overlap into Halloween traditions. For example, in Pennsylvania, remains of corn husks are fashioned into scarecrows and corn “dolls” and displayed on Halloween. 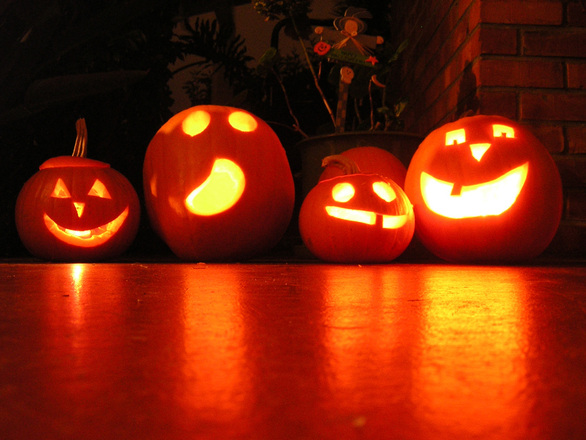