History of the Jack-o-Lantern 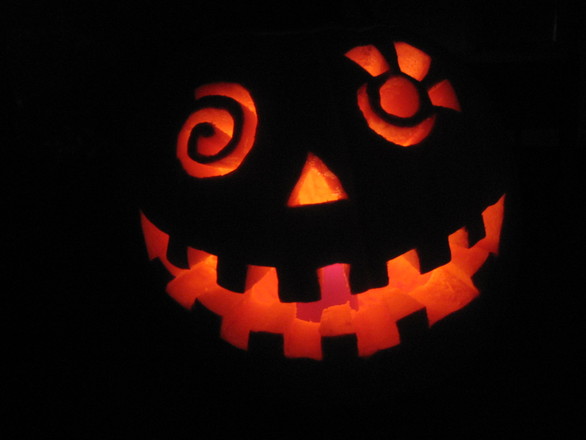 History of the Jack-o-lantern
While most people think of a Jack-o’-lantern as completely synonymous with Halloween, the true history of this strange custom is much more complex, and didn’t always involve pumpkins. Today though, the vast majority of Jack-o’-lanterns are carved pumpkins with a candle or electric light inside, giving the pumpkin a flickering, spooky appearance on and around the night of Halloween.

The Meaning of the Name
Jack-o’-latern is an archaic construction meaning “Jack of the lantern” or lamp. The original jack-o’-laterns were made to imitate flickering lights seen above bogs and swamps in eastern England and Ireland. The reason why a carved vegetable is called Jack is of unknown origins, but is used in English for hundreds of ordinary objects such as “jack of clubs”, “lumberjack” and “jack-in-the-box”.

Another similar term is “will-o’-the-wisp”, which refers to the same phenomenon of mysterious fairy lights that people sometimes see in misty or foggy areas.

Ancient History of the Jack-o’-Lantern
Nobody quite knows when people first started hollowing out vegetables to use as lamps, but the practice is at least 10,000 years old. Most historians agree that carving jack-o’-laterns was first practiced in Ireland, although originally the vegetable use was a large turnip or beet.

Over time, the practice of placing flickering candles inside a hollowed out vegetable became particularly associated with the festival of Samhain, which occurs between October 31 and November 1. Carving and setting out jack-o’-laterns was most popular in the Celtic-speaking regions of Ireland and northern Scotland.

Halloween and the Jack-o’-Lantern
Samhain is a Celtic festival that traditionally marks the end of the harvest season. As beets, turnips and pumpkins are plentiful at this time of the year, people naturally used these vegetables to create their special lamps that came to be known as jack-o’-laterns.

Originally, Samhain had strong pagan religious connotations as it marked the beginning of the “dark half” of the year. Large bonfires were lit and prayers were said in order to appease the gods. The souls of the dead were thought to be set loose in the world, and lanterns were lit to guide and welcome the spirits of ancestors into the home. Many people put on costumes or masks, going from door to door to recite poems in exchange for food and drink.

After millions of Irish and Scottish people emigrated to the United States, the festival of Samhain morphed into the modern festival we know today as Halloween. While minimizing the pagan Celtic roots of the holiday, today people still place lights outside their doorsteps (the jack-o’-latern), wear costumes, and go door to door to receive treats.

Halloween and the Jack-o’-Lantern
Large pumpkins are more plentiful in the United States, and so the custom of carving out turnips and beets became replaced by the use of pumpkins as early as 1834. The classic jack-o’-latern custom is to carve a scary or monstrous face on the pumpkin, but now just about any design is acceptable, including comical or more humorous faces and shapes. Many modern versions of the jack-o’-latern involve electric lights made to artificially flicker instead of burning candles, and sometimes plastic or ceramic pumpkins instead of an actual vegetable.

Today, no one quite agrees on what the jack-o’-lantern is meant to represent on Halloween. Some people say it is to scare away evil spirits, while others say it is there to guide lost souls to a welcoming home. 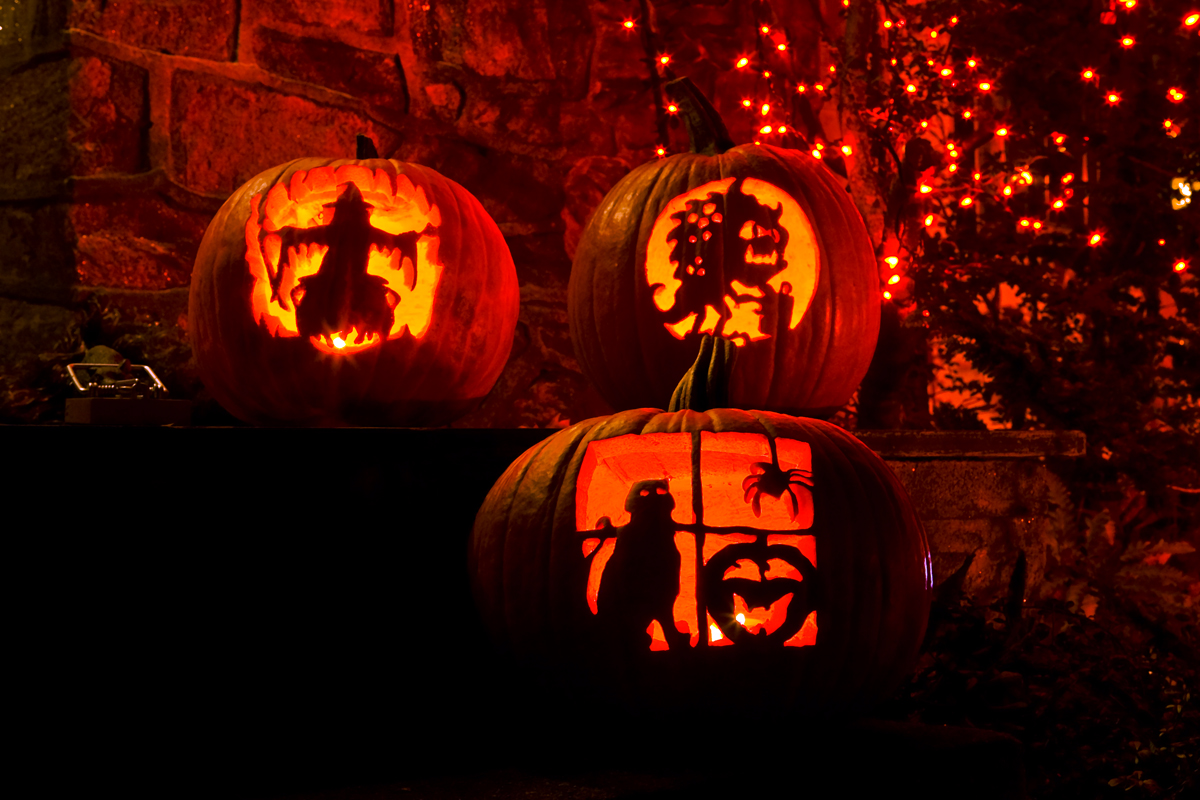