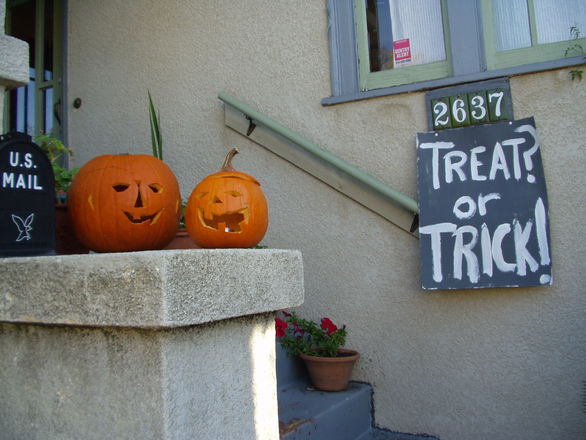 Halloween: most of us have happy memories of running from house to house through our neighborhoods, collecting candy and amazing our neighbors with our costumes. Even as we grow older, the lure of “Trick or Treat” beckons us, to the point that many parents dress up for Halloween with as much gusto as our children. Have you ever wondered why we do this every year? Although many people do not really know how this tradition got started, there is a lot of speculation.

Some people believe that our current version of Halloween evolved from an ancient Celtic festival called Samhain. Pronounced SAH-win, Samhain was a feast day to honor the beginning of the darkest time of the year, or the passing from fall to winter. It is also believed that remnants of their gods and nature spirits, known as Aos Si, needed to be appeased to ensure the people’s survival through the winter. They believed that the veil separating our world from the spirit world was thinner on that particular night of the year, making it possible for the spirits of our dearly departed to come back for a visit. This may have sparked the idea for disguising themselves, possibly for fear that a spirit would attempt to steal someone without a disguise away.

Another possible explanation as to Halloween’s beginnings are Mummers. Mummers were people who were basically poor and homeless, but would travel around from town to town performing in costumes for food or a place to sleep for the night. This theory does not really make as much sense as the previous one, although it is apossible one. Possible offshoots from this theory are the “soulers” and the “guisers”. When people would go “souling”, they would dress up and visit the houses of the wealthy to beg for cakes or pastries. In exchange, they would promise to say prayers for the dead relatives of the wealthy residents. The “guisers” would dress up in various costumes and go house to house begging for food. In exchange, they would sing or perform for the residents of the house then move on to the next house.

How Did We Get Here?

While it is widely thought that the whole practice of Halloween was brought over with the people who immigrated to America, it has evolved into something vastly different from its origins. The term “trick or treat” seems to have come about in the 1920’s, although the original celebrations on October 31 did not involve any practical jokes or vandalism. The very idea of “tricking” someone who did not give you an acceptable treat went over very well with the youth of America, causing the practice to be entirely banned in some parts of the country. During World War II, “Trick or Treating” was put on a back burner because of sugar rationing, and perhaps despair over the ongoing war. Once the war was over and the rationing lifted, the candy companies took hold of the idea of Halloween Candy and ran with it. Today, it is a $6 billion per year industry.

The Lights Are On

Today, most of the country rolls out the pumpkins, witches, and front yard graveyards to celebrate All Hallows Eve, but there are many people who do not. Those people have to deal with hordes of their neighbors’ children descending on their houses begging for treats and threatening mischief. It has become an accepted custom for those who do not wish to participate in the festivities to turn off their porch lights. That says to all the little goblins and ghouls, and their parents, that no one inside will give them a treat, no matter what they do! 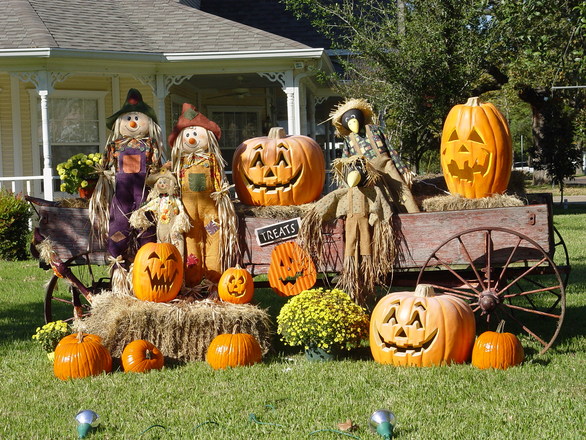