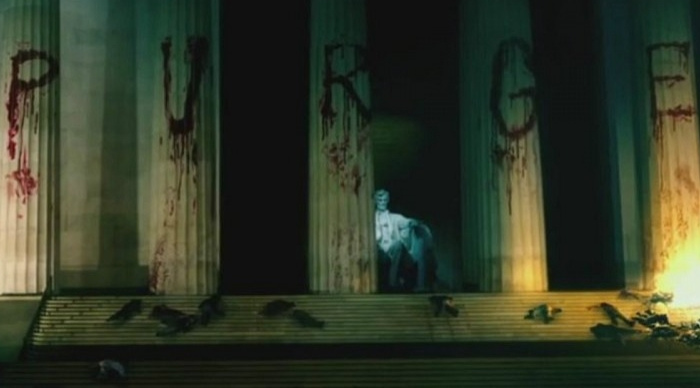 It has officially been released that Purge 4 will be coming in 2018, but it is still in need of a director. According to SlashFilm.com, the film is to be in development at Universal Pictures, Blumhouse Productions and Platinum Dunes.

James DeMonaco, the director and writer of the previous Purge films, ‘The Purge,” “The Purge: Anarchy,” and “The Purge: Election Year,” will not be directing the new Purge film, although he will be writing the script and assisting with choosing a new director.

“The first movie was a contained thriller that starred Ethan Hawke and made a very healthy $64.4 million on a $3 million budget.” according to The Hollywood Reporter. “By the time of last year’s installment, Election Year, the story had expanded into a battle for America’s political future; the producers still kept the budget low — $10 million — and the movie, which starred Frank Grillo, grossed almost $80 million.”

The Hollywood Reporter also announced that the film will be released on July 4th, 2018. We’re excited to see how this one plays out! Let us know in the comments below if you’ll be checking it out once it hits theaters next year!