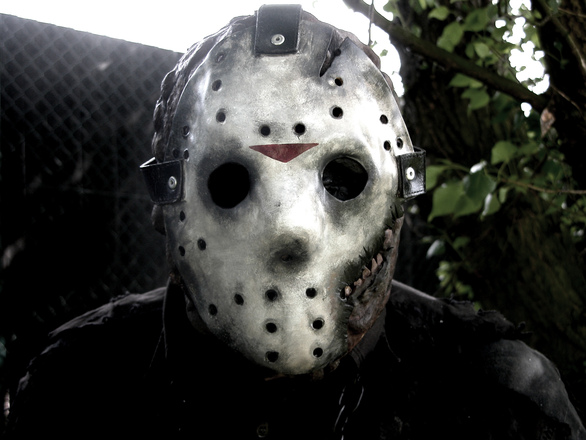 Nothing says Halloween quite like watching a scary movie. Below are the 10 scary movies perfect for watching during Halloween:

The Exorcist
When this film was launched in 1973, it caused widespread panic and even a few cases of fainting among members of the audience. The story features on an innocent young girl, played by Linda Blair, who becomes possessed by a demon.

Halloween
The success of the original 1978 film, starring a young Jamie Lee Curtis, is the most iconic of all horror movies to watch on Halloween. Starting with a premise familiar to anyone who has ever told scary stories around a campfire, a young girl alone at home hears on the news that a psychotic mental patient named Michael Myers has escaped and is on the prowl in her neighborhood.

A Nightmare on Elm Street
The first of the series came to theaters in 1984, and featured a young Johnny Depp, but fans of the films know that the true star is the haunting Freddy Krueger. With his red devilish face and razor sharp fingernails, many a viewer has had their nightmares haunted by this iconic villain.

Poltergeist
Based on a German word for a restless ghost, this 1982 film starts off slowly but builds to a horrifying crescendo as a hapless American family finds that their dream home was built on top of an old Indian burying ground.

The Blair Witch Project
Filmed in a realistic first-person style, this low budget movie turns the spooky ambiance of a forest into a nail-biting battle between the actors and their fear of a sinister presence.

The Sixth Sense
This movie starts out slowly, with a gifted young boy named Cole professing to be able to see and communicate with dead people. After visiting a helpful psychologist played by the talented Bruce Willis, the narrative begins to take on a horrifying twist, as evil spirits from beyond use the young boy’s gifts to cross over to this world.

Hellraiser
The film poses the age old question – what exactly is Hell like? Hellraiser and its multiple sequels take the viewer on a horrific journey of what lies for those tormented to eternal damnation, and the strange and demonic creatures that rule that world.

The Shining
Released in 1980, the film focuses on a young writer and his family who are employed as caretakers of a historic hotel and resort high in the mountains of Colorado. But as the winter snows leave the family completely cut off from the outside world, the family learns that the hotel is home to a multitude of restless spirits who are longing to wreak havoc and mayhem.

The Texas Chainsaw Massacre
Although there are several sequels and even a modern reboot, the original 1974 version was so scary that it was banned in several dozen countries. Featuring a wandering band of hippies who make the fatal mistake of picking up the wrong hitchhiker, and then quickly learn that some family secrets should be left undisturbed.

The Ring
Starting off with an almost comical premise, that watching a video tape will force the viewer to kill someone unless they pass it on to someone else within seven days, the film slowly begins to ratchet up the psychological tension to unbearable levels.