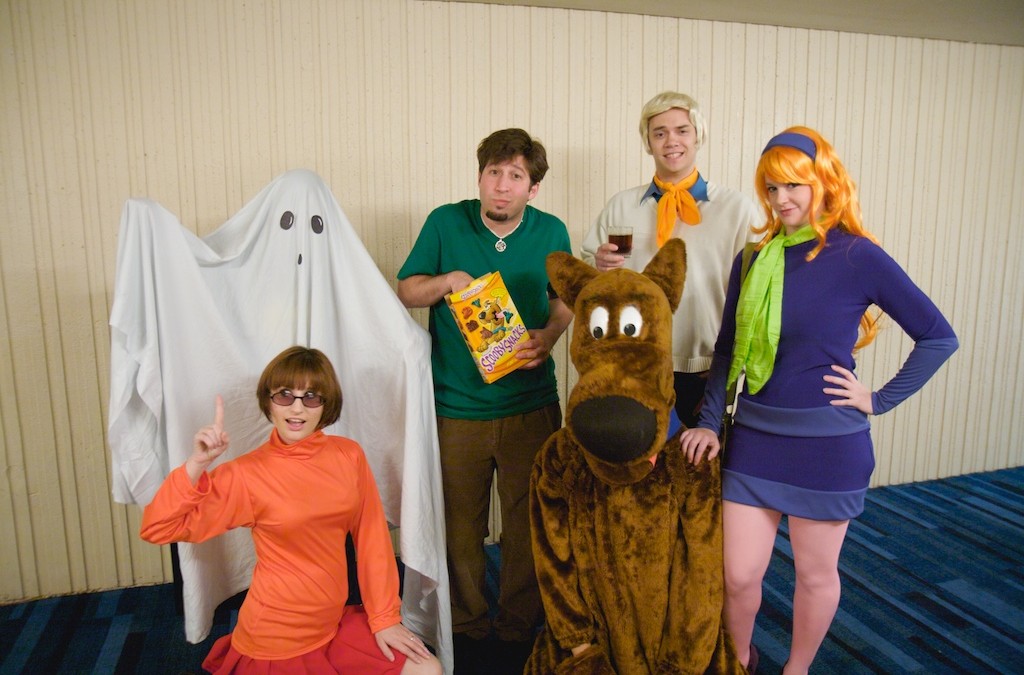 While it’s always fun to dress up solo as your favorite character, celebrity or creature for Halloween, other times it can be fun to share the creeptastic cheer with friends by collaborating on a group costume! There are so many great duos, trios, and other numbered costume combinations, out there to pick from. You could go the quintessential route with a “Three Musketeers” or “Batman & Robin” costume, or go even bigger with your posse by doing a “Mean Girls” or “Scooby-Doo and the Gang” costume! The choices are endless!

Now pinning just one group costume down, that’s the hard part! Here are some ideas to get you started!

2. Batman & Robin (or any other combination of Batman characters: Catwoman, Poison Ivy, The Joker, etc.)

3. The Sanderson Sisters from Hocus Pocus

6. The Belchers from Bob’s Burgers

9. Scooby-Doo and the Gang