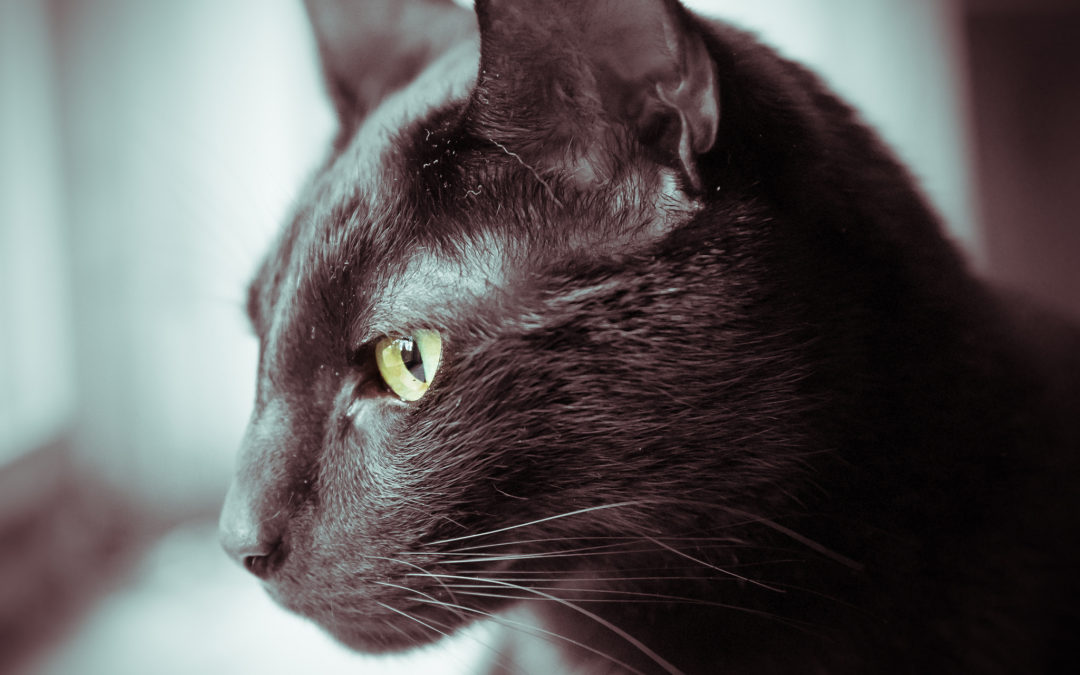 Black cats have represented Halloween for quite some time, and have had quite the number of superstitions surrounding them. August 17th is National Black Cat Appreciation Day, so it is only right that I Love Halloween honors the furry felines by giving other Halloween fans some background on them!

Did you know black is one of the three basic colors of a cat? Red and white are the other two, while a ton of cats are commonly a combination of colors. A cat will be black if its parents both possess a dominant black gene. However, if either of the parents have a recessive red gene, the baby cat may also carry it, making them appear “rusty” while spotted in the sunshine.

Dating back to the Middle Ages, black cats became associated with witchcraft. This is where its symbolization of bad luck came from and was then accentuated in the United States during the Salem Witch Trials.

A black cat named Tommaso, is the richest feline in the world. That’s right! According to ABC News, his wealthy owner passed away, leaving him her fortune and properties. Tommaso the cat received over $13 million.

According to The Huffington Post, black cats are unfortunately one of the least adoptable pets in shelters. When asked, 21.6% of people said that while adopting a cat, its color was important to them.

In the same survey, The Huffington Post found that some organizations do not allow the adoption of black cats during the month of October due to fear of animal cruelty.

Black cats don’t mean bad luck everywhere in the world. There are superstitions that say black cats are unlucky, but not every country agrees with this. In the U.K. and Asia, a black cat is actually considered to be lucky. There are some exceptions to the rule, though. Crossing the path of a black cat in the U.K. is said to be unlucky, while in Yorkshire, England, owning a black cat is lucky, but again, crossing their path is not. In Japan, they also bring good luck, while in Ancient Egypt, the felines were once worshipped as sacred.

So, if a black cat crosses your path, be sure to pet it!