How Anoka, Minnesota Became The Halloween Capital of the World 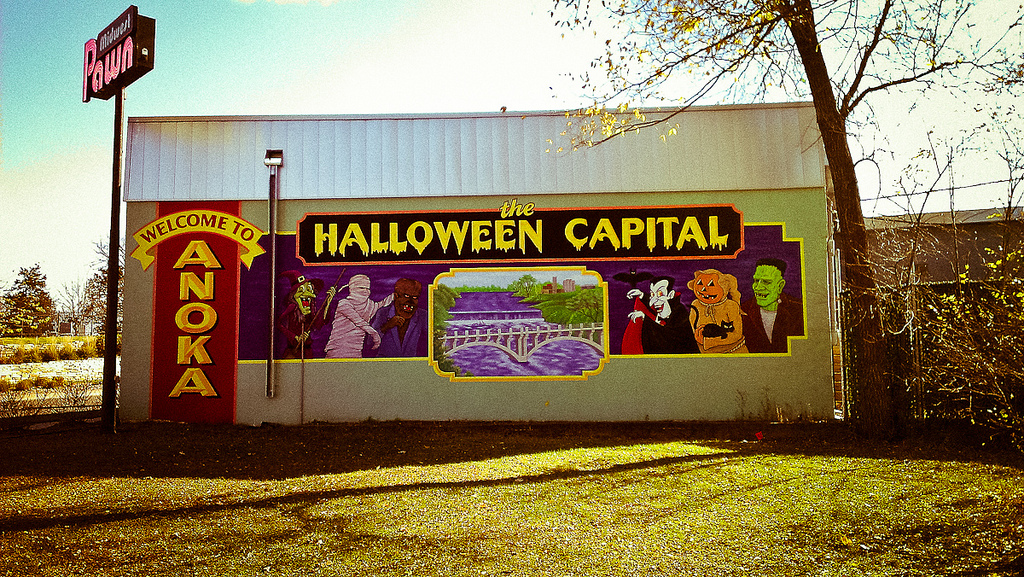 According to its History page on the site, the civic leaders of Anoka suggested a giant celebration in 1920, gaining the support of the Anoka Commercial Club and the Anoka Kiwanis Club. A Halloween committee was later organized and tons of locals began to participate in the preparation and celebrations. The Anoka Halloween Committee plans events and seasonal festivities all year round to assure the fun doesn’t stop in the Halloween city.

Families and children dressed up in costume as a parade took place on Main Street in the evening, complete with Anoka police and fire departments, neighboring bands and drum corps, the Commercial Club, the Kiwanis Club and the Anoka National Guard.

Children marched in the parade and received tons of free popcorn, peanuts, candy and other goodies. Then, the community checked out a large bonfire that took place at Bridge Square. Celebrations have been held each year since 1920, except for 1942 and 1943 when they were cancelled due to World War II.

As years went by, the parade drew 20,000 spectators who swarmed the streets to celebrate the holiday. In 1937, Harold Blair, a 12-year-old boy, wore a sweater that featured a Halloween Capital insignia, and headed to Washington D.C., with a proclamation naming Anoka the Halloween Capital of the World.

So if you love Halloween as much as we do, Anoka is a must-see spot on your next trip. And lucky for locals, they get to enjoy the Halloween celebrations over and over again each year.