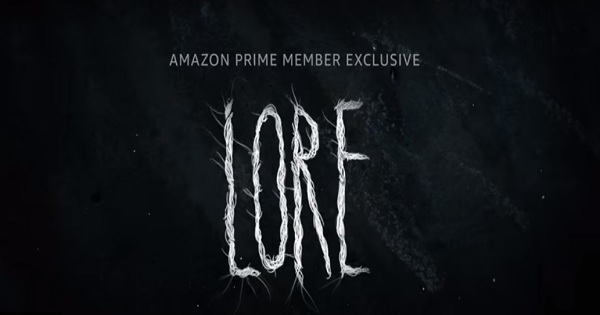 Amazon has an all new television show called Lore, which is now being transformed into an immersive haunted house that will run from October through November in Los Angeles.

According to The Verge, the attraction, Lore: A Haunting Experience,  will take groups of eight on a haunting journey inspired by folklore tales and scenes from the Lore series. Lasting about an hour, the haunt will give visitors a unique way to celebrate the spookiness of the Halloween Season.

Lore, the television show is set to release on Friday, October 13th (the perfect date!) and it is based on the popular podcast of the same name by Aaron Mahnke.

The attraction is being created by Just Fix It Productions, a company that is popular in Los Angeles for its immersive theater techniques and theatrics and Lore will be serving as this year’s installment on the group’s annual Creep LA show.

The company also produced a fun murder mystery dinner-style event earlier this show called The Willows, which brings visitors into the mansion of a bizarre family who has a dark past filled with some eerie secrets.

Lore: A Haunting Experience will run from October 5th through November 12th in Los Angeles. Click here to purchase your tickets today.

Check out the official trailer for Lore below and let us know what your thoughts are!